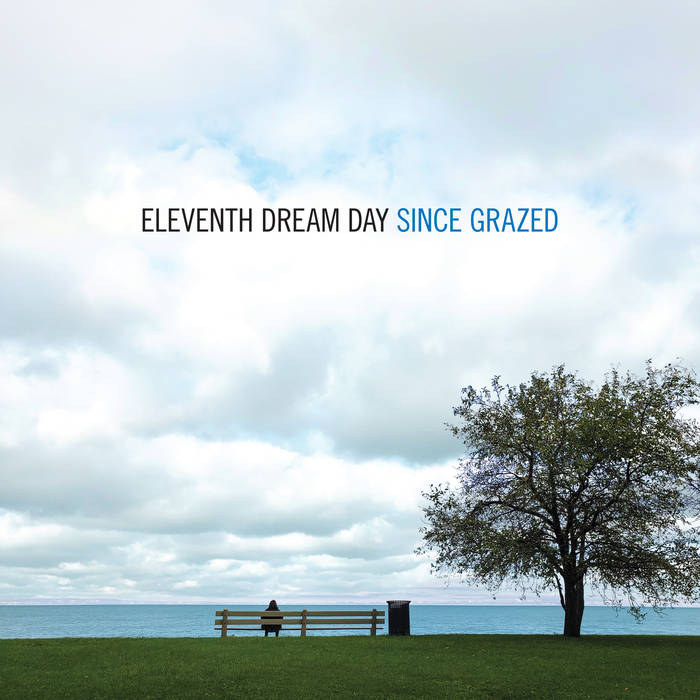 "One of the most sublime and engaging works in their nearly 40-year history." - Chicago Reader

“It’s gorgeous. It's laid back, it's twangy, it's sometimes orchestral and often beautiful and definitely heartfelt. It's Eleventh Dream Day.” - Brooklyn Vegan

“Since Grazed is fantastic. ‘Just Got Home (In Time To Say Goodbye)’ rides the country-storytelling line, ‘Yves Klein Blues’ is a frantically propulsive that name-checks the king of minimalist art, and ‘A Case to Carry On’ is the R.E.M. song that Peter Buck wished he wrote. Just when you think the album is about to slide to a permanent slow down, you get uptempo tracks with pop inflections like ‘Cracks in My Smile’ or spacey freak out likes ‘Take Care’. But it all comes back to that country shuffle, and album closer ‘Every Time This Day it Rains’ is a beautifully bittersweet send off.” - Far Out Magazine

“It’s hard to truly exalt upon the world just how good it is.” - Concrete Islands

"Since Grazed shows off the breadth…of experience, filled with songs that are twangy and dynamic and have a sense of community, making full use of everyone in the group” - Stereogum

“It shouldn’t be a surprise that Eleventh Dream Day have turned in something as strong as Since Grazed after thirty years of musical vitality, but that they did it by expanding and reshaping their sound is remarkable in its own right.” - Rosy Overdrive

It’s been a good five years since Eleventh Dream Day released their last record, Works For Tomorrow, and while good may be the wrong adjective to describe the time that has passed, tomorrow has indeed arrived with their new double album, Since Grazed (cmo051).

Where the last decade of EDD music has been defined by the work of a band honing their live roar in the studio, Since Grazed contemplates what isn’t there, and builds the songs from the bottom up, relying on long-lived friendships and trust. While Works barreled down the highway, conscious of and trying to outrace the past, Since Grazed takes the long way home, spacing out a bit, and reveling in the journey, celebrating those along for the ride. Not all have made it, but this is not a record about what is lost, it is about what is still there, however grazed it may be.

You know the story by now. Boy meets girl in 1983 Louisville, Kentucky punk rock house rendezvous, start band, learn how to play on the fly, find like-minded types to make noise and follow the Econoline dream. An EP and Prairie School Freakout record on Amoeba Records / New Rose get the word out, and next thing you know it’s Atlantic Records time times three with the orange, green, and white label spinning and the band on the run to every corner of the rock club universe. Band burns out, but doesn’t fade away. Why stop now? It’s too much fun. Put records out every once in a while as Freakwater and Tortoise forge new territory.

And that’s the way it’s gone.

Fourteen or sixteen records so far depending on how you count them.

Recorded and produced by Mark Greenberg at The Loft, Chicago.

All lyrics by Rick Rizzo, except A Wish Too Far, Janet Bean.

Since first hitting the road in a battered Econoline van in the 1980s, Eleventh Dream Day continues to build on their history by moving forward musically, while never forgetting what inspired them. On "Since Grazed" Rick Rizzo, Janet Bean (Freakwater), Doug McCombs (Tortoise, Brokeback, Pullman), and Mark Greenberg (The Coctails) are joined again by Jim Elkington (Tweedy, Steve Gunn). ... more

Bandcamp Daily  your guide to the world of Bandcamp